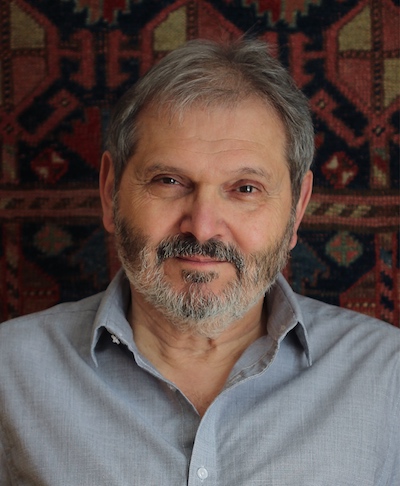 His concert music is performed and broadcast internationally. He has composed media scores for projects ranging from installations in Canada’s National Parks, to The Nature of Things, to Sesame Street. Steven’s theatre scores for Mermaid Theatre of Nova Scotia have now played to live audiences of over six million, in 15 countries.

He is an independent artist; artistic director of subText Music & Media Arts Association (an organisation whose core ensemble includes five of Atlantic Canada’s foremost improvising composers); and Adjunct Professor (non-remunerated) in the School of Music at Acadia University.

Steven’s writings on music have been published in journals in the UK and Canada, most recently Organised Sound (Cambridge University Press) and the online journal eContact!.

His solo disc of electroacoustic works, Lieux imaginaires, was released in 2012 on empreintes DIGITALes, and nominated for a 2013 East Coast Music Award. Other recent recordings include two chamber works released on the Centrediscs label, both also nominated for ECMA awards.

Steven completed the PhD in Musical Composition, focusing on acousmatic electroacoustic music, at the University of Birmingham, UK, supervised by Jonty Harrison.

In May 2019, AEMS researcher Dr Steven Naylor engaged in an intensive period of sound spatialisation research in the UK.

The first phase of the work focused on performance, with participation in BEAST FEaST 2019, a major international festival of electroacoustic music held annually at the University of Birmingham.  In this festival, Naylor gave a ‘diffusion’ performance of his stereo acousmatic (fixed medium) composition, I wish, on the BEAST concert presentation system in the University’s Elgar Concert Hall.

The current BEAST system offers up to 100 loudspeakers, controlled by a custom-designed software and hardware interface that allows the composer/performer to actively place and/or move fixed medium electroacoustic works throughout the space in a carefully controlled manner, thus creating or reproducing complex virtual spatial environments.  For the audience, the result is an unusually immersive ‘dome’ listening experience.

The second phase of Naylor's work was a week-long artist residency in the SPIRAL composition studio at the University of Huddersfield, hosted by that University's Centre for Research in New Music (CeReNeM).

This unique facility gives composers three vertically-ascending rings of eight Genelec loudspeakers (plus subwoofers and a top centre), allowing them to accurately monitor and evaluate the spatial trajectories of compositional work as it develops, rather than having to wait for a large-scale concert presentation to hear the intended impact.

Multiple octophonic ring systems offering variations of the ‘Z’ (height) axis are certainly becoming more common for larger concert presentation systems.  However, the majority of octophonic electroacoustic composition studios still offer only a single ring of eight, which can reproduce only within front-back and left-right planes (X and Y axes).

We are fortunate that the AEMS has been designed with two high-fidelity rings of eight loudspeakers, which gives spatially-focused composers the opportunity to experience the ‘Z’ axis within their work, well before it reaches a concert hall.

The spatialisation control software Naylor used in his work in the Huddersfield SPIRAL studio—SpatGRIS/ServerGRIS—was developed in Canada at U de M, by a team of researchers under the supervision of Canadian composer/professor Robert Normandeau.

Naylor's next goal is to create an accurate XML virtual 'map' of the AEMS double-ring layout for use within the ServerGRIS software environment, so that we can then offer that spatialisation control option to all AEMS users and researchers.

Steven Naylor's creative research in the UK was supported by the Canada Council for the Arts.